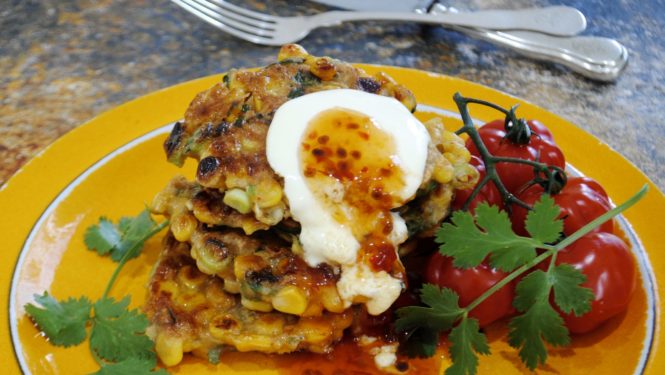 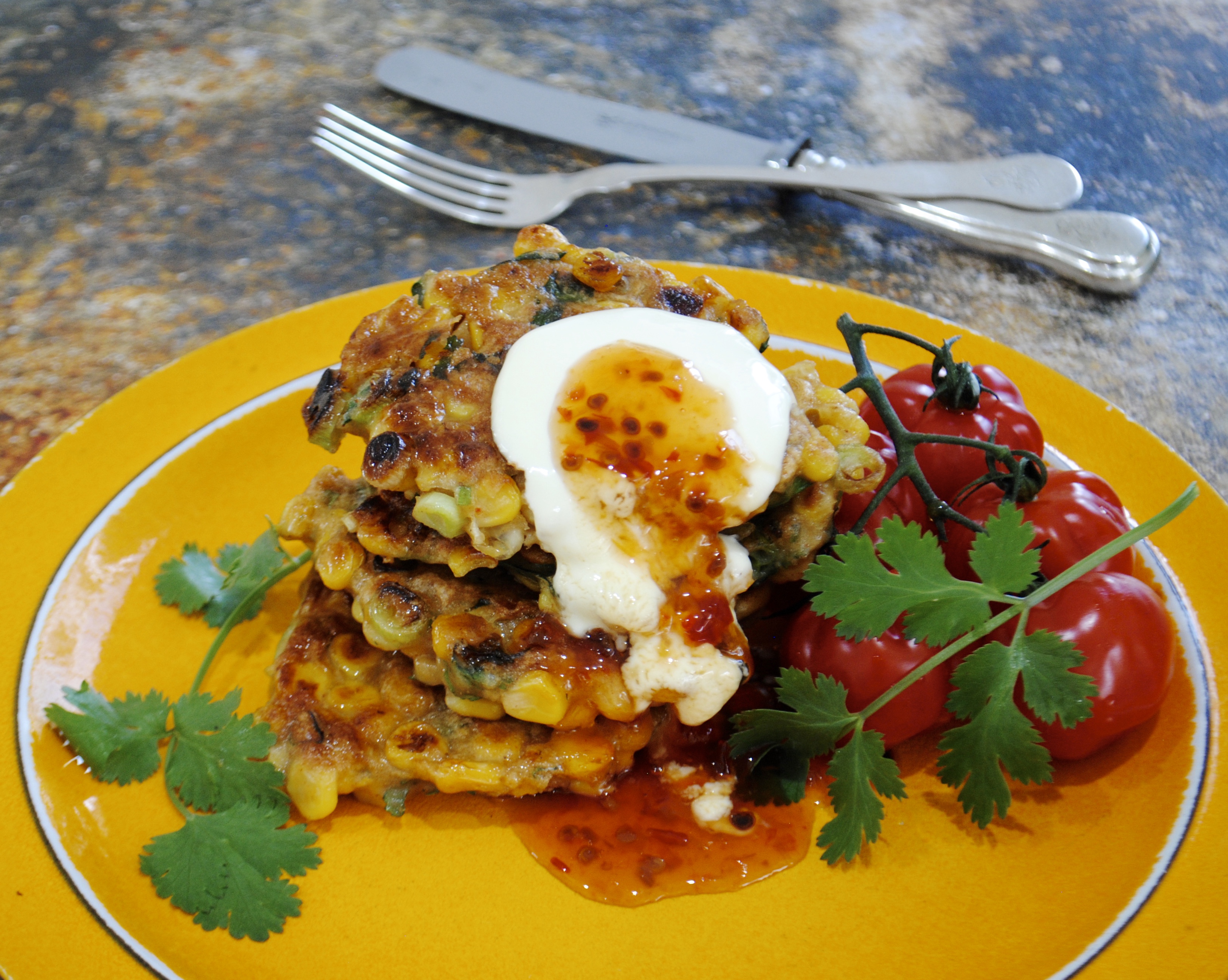 Sweet corn fritters are pretty much a cafe breakfast staple here in Australia as they pair so well with eggs, bacon, smoked salmon, sausages, guacamole, sour cream, yogurt…..well, loads of breakfast ingredients. Made popular by Bill Granger, originally a Sydney based cafe owner of Billʼs, some 25 years. The recipe is all over the internet but we canʼt resist adding sweet corn fritters here as everyone should know about them.

Growing up we had neighbours that grew corn. Sunday night dinner in corn season was a huge boiler filled with freshly shucked corn from Mrs Nash, our neighbour. We would cut through the fence  into her paddock and knock on her door. Out sheʼd come armed with a large knife and trot us down the paddock to lop the ears for as many as mum had requested.

Back home to Mum and shucking  the corn ready to pop into the boiler for minutes, then slathered in butter, salt and pepper. I remember thinking of an old fashioned type writer as I ate……starting at one end to the other then ding starting another row. Butter dripping all over your hands until someone invented those little forks that you stab in each end of the cob and eat corn without getting messy ! Corn on the cob was generally followed by stacks of homemade lemon and sugar crepes…..ah memories!

Fresh sweet corn in season is fabulous but a pantry staple of tinned super sweet corn or frozen is a fantastic standby for making these super sweet corn fritters super quick to deliver. Check out our chicken and sweet corn soup for another great recipe using tinned corn.

Fry gently with a little oil on medium heat. When the batter turns opaque they are ready to turn.

CHECK OUT ANOTHER GREAT BREAKFAST OR BRUNCH RECIPE

What’s your favourite corn fritter recipe? Leave a comment below and let us know!