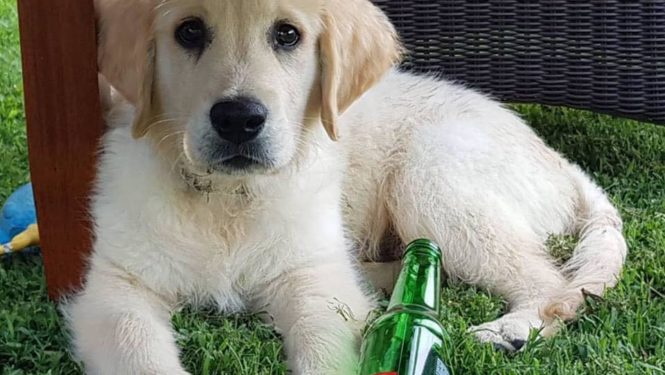 For those of you who don’t know him, this is Cooper or Coo Coo, also affectionately known as ‘Hoover’, our Golden Retriever. “Why Hoover” you may ask. Because true to his breed, Cooper inhales food. In the short time he has been living with us he has sampled numerous unattended plates of food. As Cooper is the unofficial and uninvited taste tester we thought it would be a bit of fun to include the adventures of Cooper on Recipe Winners. 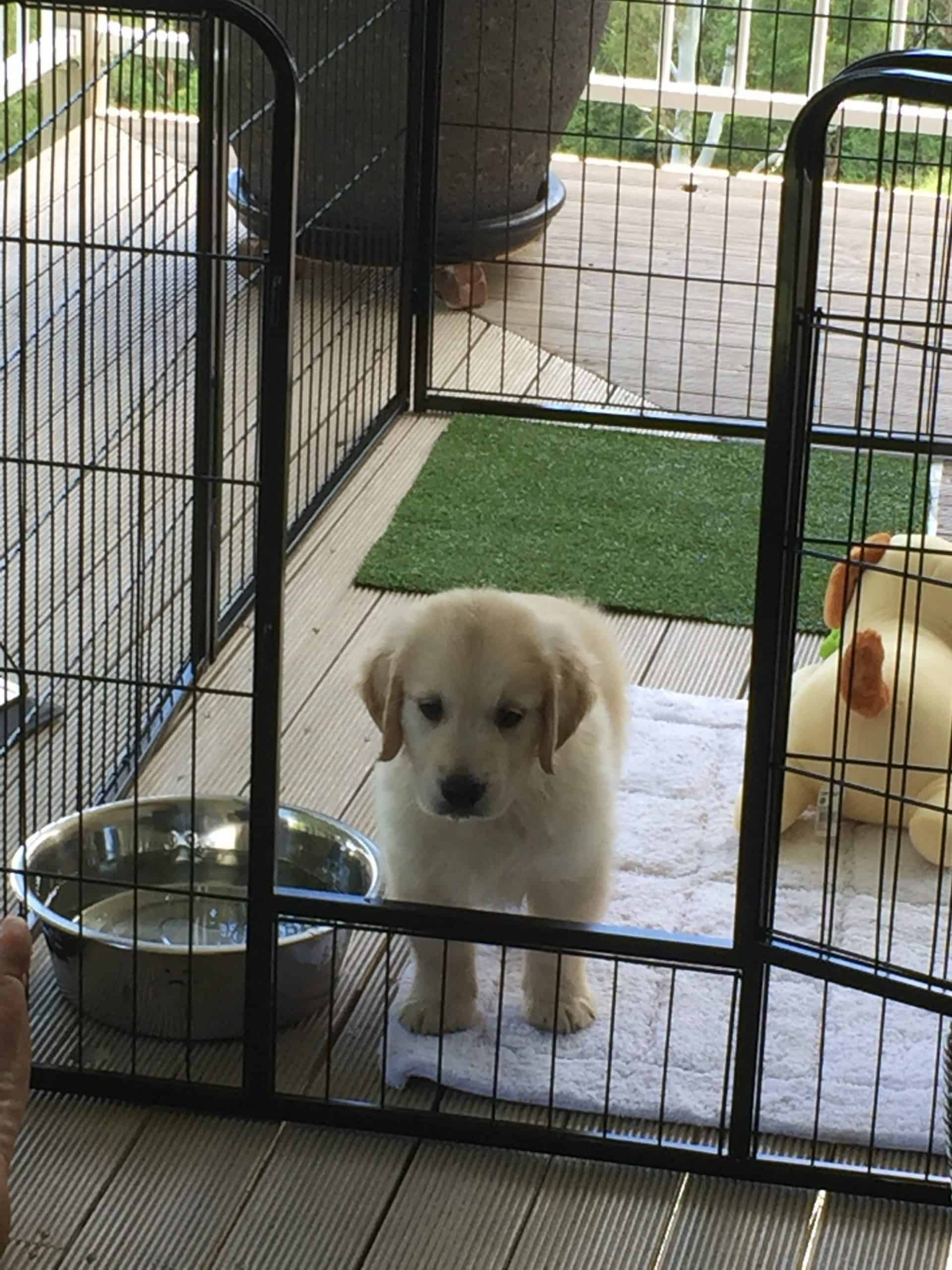 Let’s start at the beginning.

Cooper was 14 weeks old when we adopted him. I remember thinking how little and sweet he was as we placed him in his new pen to become acquainted with his new surroundings.

However, within days Cooper was off on his own adventures! 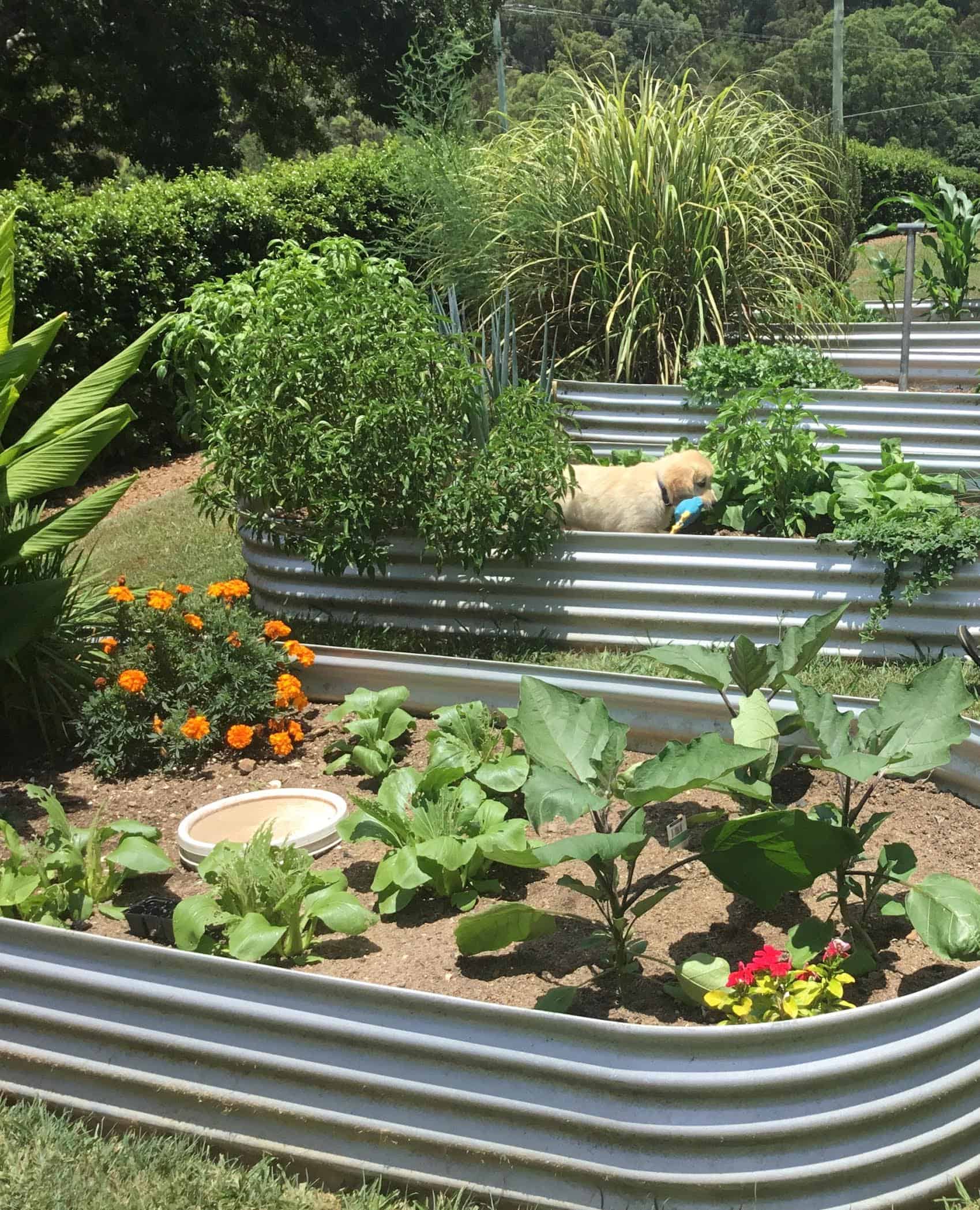 Cooper completing a close inspection of the vegetable patch with his mate Duck, unfortunately for my new carrot seedlings it was a little too close. I needed to replant them. 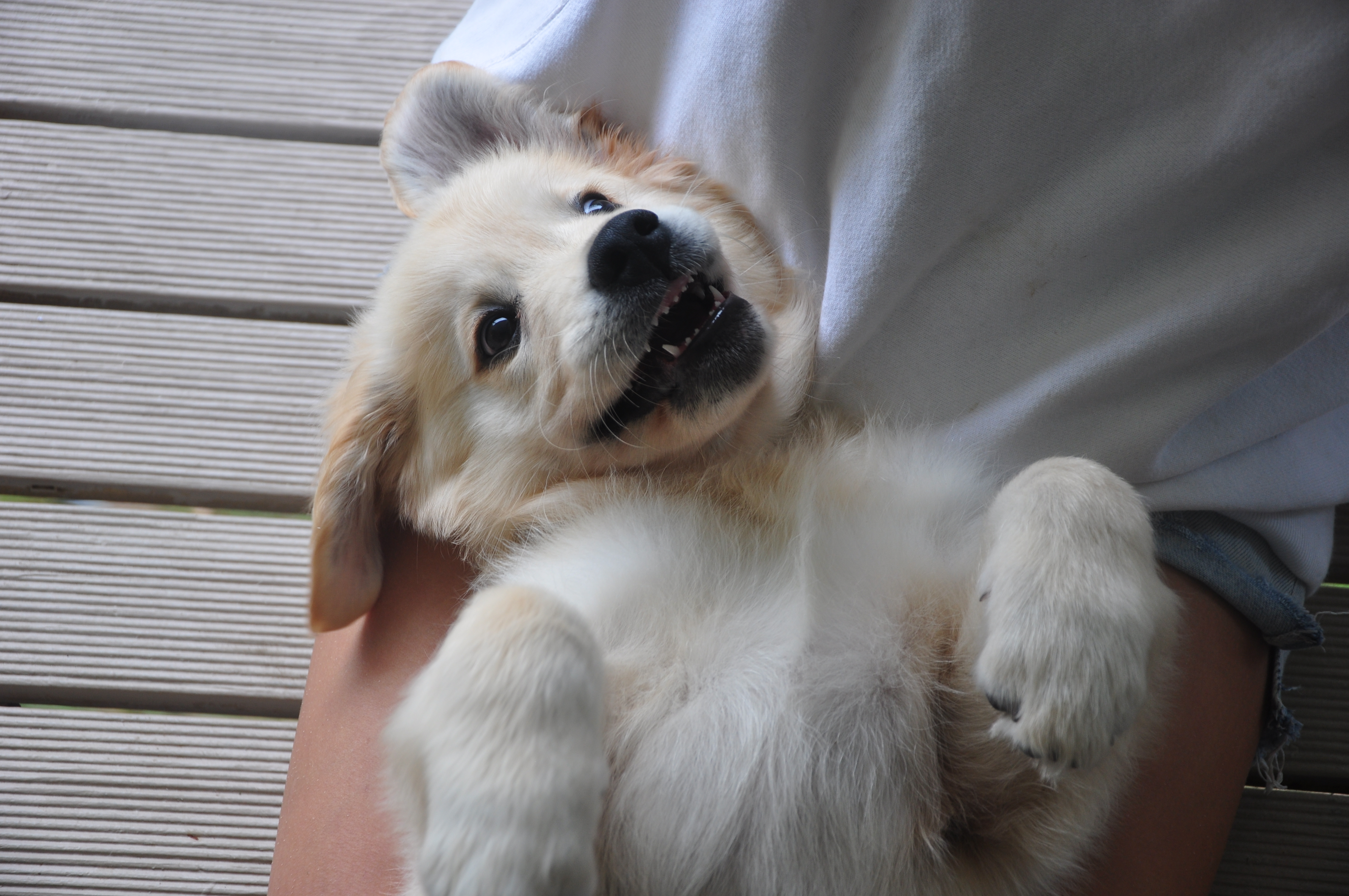 Look at those teeth, sharp as needles and while you might think it would be lovely to cuddle a little puppy Cooper had other ideas, lets just say it didn’t end well for our Niece Khaya with her long blond hair in tangles.